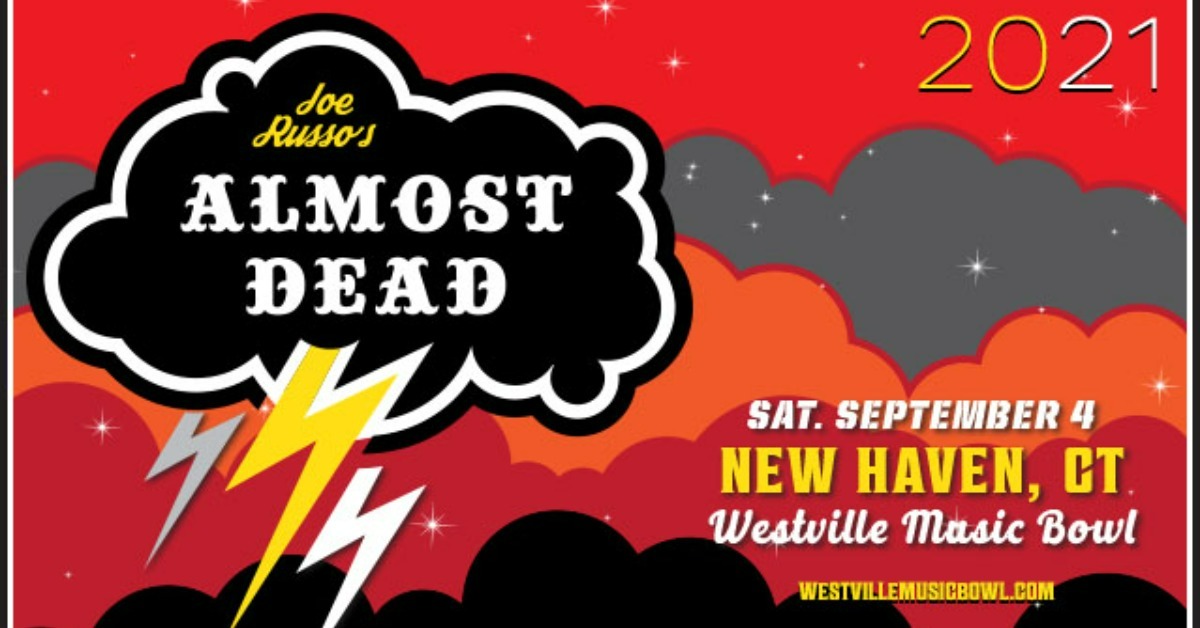 Here's your chance to enter to win ✌️ tickets to see Daze Between: A Celebration of All Things Jerry on August 8! Click the link in our bio for more info 🎉
JUST ANNOUNCED: New Haven Youth & Recreation presents the FREE New Haven Summer Concert on August 11 featuring G Herbo, Toosii, & Hood Celebrity! Hosted by Fat Man Scoop and Huggy Bear! Tickets available Monday at noon 🎉🎉
Happy Birthday to Marco Benevento 🎂 See ya next Friday & Saturday with Joe Russo's Almost Dead 💀⚡ 📸: @outttafocus
ONE WEEK OUT: Critically acclaimed indie-rock heroes Bright Eyes are joined by breakout stars Japanese Breakfast and Lucy Dacus next Wednesday, July 28!
Proud to have hosted CBS News this morning on "Saturday Sessions" featuring Tedeschi Trucks Band as they performed a brand new song and a couple others from our pair of shows last week 💥 Check the full segment out at the link in our bio
Tickets are available now for Trey Anastasio Band on September 19! Grab your tickets before they're gone! 🎟 at link in bio
JUST ANNOUNCED: Daze Between presented by Rex Foundation: Celebrating All Things Jerry featuring Warren Haynes & Grace Potter (Alone & Together), Lettuce Celebrates JGB, Keller Williams’ Grateful Grass, and more special guests to be announced! August 8, 2021! Tickets available tomorrow at noon!
🚨TWO WEEKS OUT🚨 Indie-rock heaven show with Bright Eyes, Japanese Breakfast, and Lucy Dacus is only two weeks away, on July 28! Grab your tickets for this night to remember at the brand-new and intimate Westville Music Bowl ☀️👀
JUST ANNOUNCED: Trey Anastasio Band makes their Westville Music Bowl debut on September 19! Tickets available Friday at 11am!
JUST ADDED: A limited number of lower bowl tickets for both nights of Billy Strings on August 6 & 7 are available now!
Is this heaven? We think so 👀🔥🎵
Congrats to Billy Strings on making his, what will be historical, Austin City Limits debut on Wednesday night! Can't wait to see him live right here in New Haven a month from now on August 6 & 7! Check out the recap in our bio. Extremely limited tickets remain for both nights 🪕 📸: @jesse_faatz via @billystrings Facebook
GOOD NEWS! As we monitor the weather situation, it's looking like the show will start around 8pm! Grab a snack, get your seat, and get ready for a great show 🎸
STAY TUNED! The show unfortunately will not start on time but we are still planning to have a rockin' night! As soon as updates are available, we will send it out!
Tonight & tomorrow! Derek & Susan bring the Tedeschi Trucks: Fireside Live to Westville Music Bowl! 📍: Westville Music Bowl 🅿️: 45 Yale Ave New Haven, CT 🚪: 6:00pm 🎤: 7:00pm Don't forget to bring non-perishable food donations for Downtown Evening Food Kitchen in New Haven and be entered to win a pair of tickets for the 2022 Tedeschi Trucks Band: Wheels of Soul tour!
Happy Fourth of July from the team at Westville Music Bowl, College Street Music Hall, and Space Ballroom! 🇺🇸🇺🇸🇺🇸 #fourthofjuly #independenceday
When that Friday feeling hits knowing there's a long weekend ahead 😁🍻🇺🇸 Don't forget! Two Tedeschi Trucks shows are happening on Tuesday and Wednesday next week! Plan ahead and grab your tickets now 🎸🎉
Coming in from out of town, or just need a night away from home? Rest easy in comfortable accommodations at the Courtyard New Haven at Yale, Westville Music Bowl’s official hotel partner. Located in an ideal location less than two miles from downtown and Westville Music Bowl, the Courtyard New Haven at Yale is where you want to be. Book your room now by calling 203-777-6221 or at the link in our bio!
What music is getting you through this Monday? 🎸☀️🤘
Pigeons Playing Ping Pong and Eggy served up one helluva night! 🏓 See you all again soon! #FlockOn #PackTheBowl