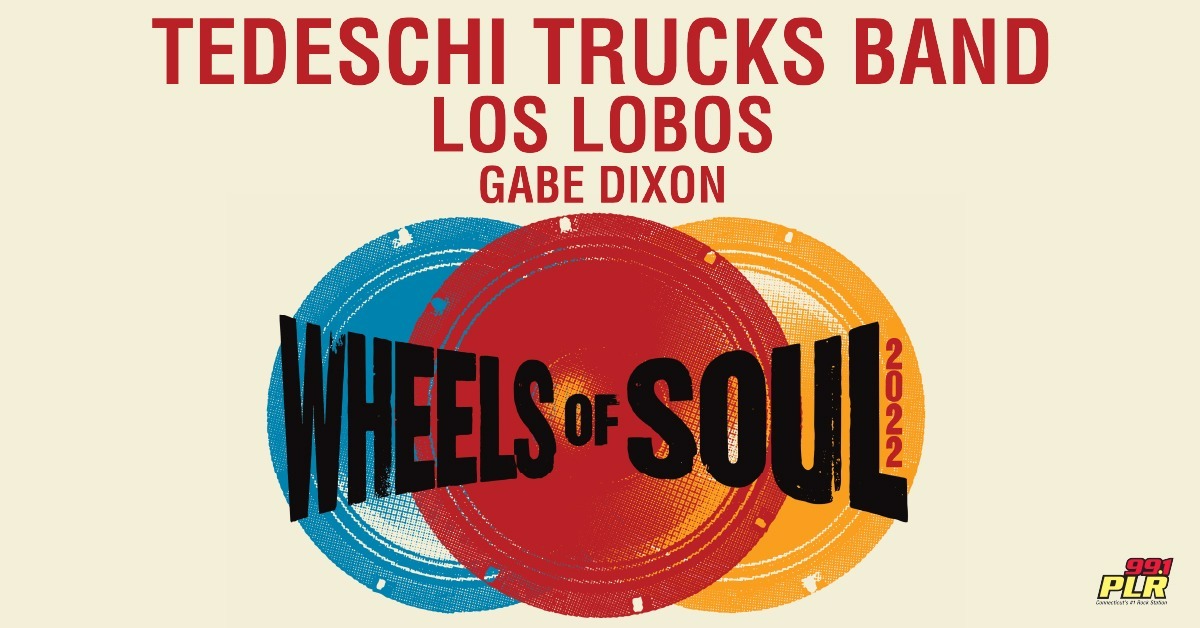 Tedeschi Trucks Band is a 12-piece powerhouse ensemble led by the husband/wife duo of guitarist Derek Trucks and singer/guitarist Susan Tedeschi, “two of the best roots rock musicians of their generation” (NPR). With their own potent original songwriting alongside an extensive canon of influences, the dynamic all-star band owns a reputation for world-class musical expression bolstered by each album and every performance. Since forming in 2010, TTB’s caravan has traveled countless miles to bring their music to audiences around the world. From sold-out multi-night residencies across America to barnstorming tours through Europe and Japan to the flagship Wheels of Soul annual summer amphitheater tour, the band's shows are an eagerly anticipated highlight of the live music calendar and “nothing short of exhilarating” (Salon). Whether on stage or in the studio, when these supremely talented artists get together, it’s a musical experience of profound quality. The band's most recent release - Layla Revisited (Live At LOCKN') featuring Trey Anastasio - is a 2CD/3LP live recording of their “epic” and “now-legendary” (Relix) performance of the classic Derek and the Dominos album and joins an impressive and growing discography that includes Signs (2019), High & Mighty EP (2019), Let Me Get By (2016), Made Up Mind (2013), and the Grammy-winning debut, Revelator (2011) in addition to their earlier live releases, the Grammy-nominated film/audio, Live From The Fox Oakland (2017), and 2012’s Everybody’s Talkin’. In 2021, TTB convened in the studio to write and record a wealth of new songs for their next studio album. The result is an expansive, conceptual series of recordings that promise to be one of the most exciting projects in band history and is on track for release in 2022. Tedeschi Trucks Band is also the subject of a newly-released documentary, Learning To Live Together: The Return of Mad Dogs & Englishmen, which Variety hails as “a serious blast of rock 'n' roll love…and a testament to how one gorgeously raucous rock ‘n’ roll moment can reverberate through the decades.” The film chronicles the historic Mad Dogs reunion concert spearheaded by Tedeschi and Trucks that took place at 2015's LOCKN' festival. Tedeschi Trucks Band is Susan Tedeschi (guitar, vocals), Derek Trucks (guitar), Gabe Dixon (keyboards, vocals), Brandon Boone (bass), Tyler “Falcon” Greenwell (drums), Isaac Eady (drums), Mike Mattison (vocals), Mark Rivers (vocals), Alecia Chakour (vocals), Kebbi Williams (saxophone), Ephraim Owens (trumpet) and Elizabeth Lea (trombone).

NEXT WEEKEND: Goose starts their tour opening weekend with two hometown shows! Don't miss the action on Friday, May 27 & Saturday, May 28. Tickets are going quick at the link in our bio!
Show 🔟 for Joe Russo's Almost Dead at Westville Music Bowl in the books! See you all again soon! 📸: @fiftyfour_photo
Tomorrow 🤘 #PackTheBowl 📸: @donnie_dimmer
Tickets are available NOW for six-time Grammy Award winning Wilco on Saturday, August 27 at Westville Music Bowl with special guests Built to Spill! 🎟 available at the link in bio!
JUST ANNOUNCED: Alt-rock legends Wilco make their Westville Music Bowl debut on Saturday, August 27 with special guests Built to Spill! Grab presale tickets this Thursday from 10am to 10pm with venue presale code WMB2022 😎
** A winner has been chosen! Thank you all for entering! ** Here's your chance to win 2 GA FLOOR tickets to Joe Russo's Almost Dead at Westville Music Bowl on Saturday, May 14! 🔥 Enter now till 10am on Monday 5/9 at the link in our bio!
See you Saturday, May 14 for a long strange trip with Joe Russo's Almost Dead 🌹⚡️
SUPPORT INDEPENDENT VENUES: From May 4 – May 10 support your local independent music venues Westville Music Bowl & College Street Music Hall by getting $25 all-in tickets for select shows! Stay tuned for full show list. While supplies last, cc fee may apply
ONE MONTH AWAY till we start our two night experience with Goose on Fri, May 27 + Sat, May 28. Don't let these tickets fly away 🦆 Tickets available at the link in bio!
Rebelution will have you 🎵 feelin' alright 🎵 on June 22 with very special guests, the legendary Steel Pulse, DENM, and DJ Mackle! Tickets available now at the link in bio!
COMING UP QUICK: Renowned American folk band The Avett Brothers make their Westville Music Bowl debut on May 31! Grab your tickets, great seats are going fast!
Don't puff puff pass on this! Our #PackTheBowl 4/20 4-Pack-Apalooza is happening now! Grab 4-packs for $20 per ticket (plus fees) or select 4-packs for $20 off (plus fees) for select shows. These blazing hot deals only last through Sunday 4/24! Use code PACKTHEBOWL at the link in our bio!
FOUR more Saturday nights till Joe Russo's Almost Dead is back at the Bowl on Saturday 5/14! Grab your tickets at the link in bio and get your dancin' shoes ready!
You love to see it 😍 #PackTheBowl 📸: @steveownola
Some great 100s level seats were just released for My Morning Jacket with Joy Oladokun on Friday Sept 16. These won't last long! Find tickets at the link in our bio.
Alright, let's get into it! Tickets for John Mulaney on June 8 are available right now at the link in bio!
No better place for a cold one, cheers! 🍻 #NationalBeerDay
JUST ANNOUNCED: The American Acoustic Tour featuring Punch Brothers & Watchhouse - formerly Mandolin Orange comes to New Haven on August 18 with recent Grammy nominee Sarah Jarosz! Tickets available Friday at 10am Grab venue presale tickets Thursday from 10am to 10pm with code WMB2022 at the link in our bio!
Take a glimpse into SOJA's Grammy award WINNING album "Beauty In The Silence" by watching the short documentary at the link in our bio and grab jah tix to see them LIVE with Dirty Heads and Artikal Sound System here in New Haven on July 8
JUST ANNOUNCED: Stand-up comedian John Mulaney brings his "From Scratch" tour to Westville Music Bowl on June 8! Tickets available Friday at 10am but you can grab venue presale tickets starting Wednesday at 10am with code SCRATCH
Ay, ay, ayyy, we're on vacation with Dirty Heads, SOJA, and Artikal Sound System July 8 in New Haven! Tickets are available now & going QUICK! Grab your tickets today at the link in bio! 🧳🛫⛴️
JUST ANNOUNCED: Dirty Heads return to Westville Music Bowl on Friday, July 8 with special guests SOJA and Artikal Sound System! Presales start Wednesday, tickets on sale Friday!